Knossos archeological site is located just 5 km. southeast of Heraklion. The first excavation was conducted in 1878 by Minos Kalokairinos. It begun systematically though by Arthur Evans in 1900.The site expands for about 22.000 sq. m. and the human inhabitation of it stretches from 6.800 – 1300 BC.

It is the biggest in size Minoan Palace of Crete, and lots of its architectural features were copied in the rest of the Minoan Palaces. The building is built around a big rectangular central yard, and is extended towards every direction, multi floored and quite complicated at places. Within its premises, different in use rooms and buildings were discovered such as: a great number of storage rooms and hundreds of ‘pithoi’, jars in them, potters workshops, stone carvers workshops, metal makers areas, shrines and temples, ‘lustral basin’, or purification rooms, throne room with a gypsum throne, staircases and living quarters.

The palace was built twice and was destroyed twice, while there is a third phase as well, when it was partly rebuilt after the final catastrophe. It is very possible that during its first phase it was not a complete building, but a collection of ‘insule’, a number of different non united blocks.

There are 5 different entrances to it, in one of which a very elaborate access ramp is preserved. Of the most impressive architectural features are the Great west courtyard with its 3 round ‘kouloures’ , the earliest in Europe theater, the earliest in Europe stone paved road known as ‘the royal road’, leading to the ‘little palace’.

Some of the most important objects, displayed in the Heraklion Museum

are: The frescoes of the procession, the King-Priest fresco, the bull-leaping fresco, the one of the three partite shrine, the griffins fresco, the dolphins fresco and the fresco of the charging bull. Then it is the stone cut head of a lioness, the ivory acrobat, the snake Goddesses, the town’s mosaic, the clay tablets of Linear A and B.

​Vathypetro the place where a Minoan rural villa of the 16th century b.C. was brought to light.

Built the southern coast of Crete, km from

amongst caves occupied by hermits

The Folklore Museum in Ano Asites

A folklore Museum of the village established in 1995. 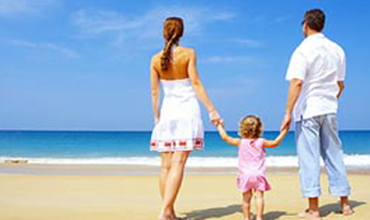